Thursday, February 20th would prove to be perhaps one of the most interesting days thus far in my entire life. We spent most of the day in the areas circled on the map below in red, in the infamous Golan Heights area of Israel. As you can see we were within camel spitting distance of both Lebanon and Syria. Really? What was I doing here? In retrospect I know that there were inherent dangers involved just in occupying this geographic space, but I honestly don’t think I would trade the experience. The opportunity that I had to gaze into another world, just for a short time, was incredible. I will never read or watch the news again without thinking back on my short time in Israel.

We started the day by boarding our bus and heading north on highway 99.

Beautiful Galilee, from the bus: 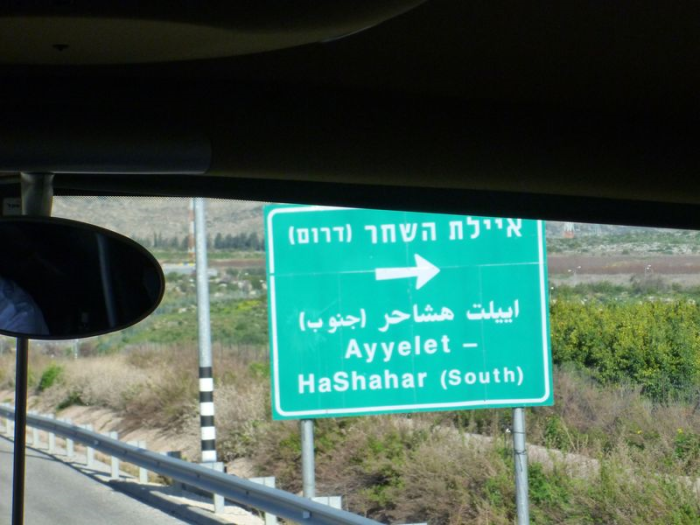 The first stop was the Tel Dan Nature Reserve, located in the Upper Galilee / Golan Heights area (approximately 2 – 3 miles from the Lebanese border). Our tour at Tel Dan was part nature walk and part biblical history lesson. Geographically speaking, it’s easy to see why this area was and continues to be strategically important to the nation of Israel. Melting snow from the Hermon mountains has created the Dan Spring, which is one of the tributaries of the Jordan River. This area is extremely fertile, in visibly stark contrast to the surrounding regions to the north and east, which look drought-like in comparison.

Biblically, we hear about the city of Dan as early as Genesis 14:14, which recounts Abraham’s rescue of his nephew, Lot:

“When Abram heard that his kinsman had been taken captive, he led forth his trained men, born in his house, 318 of them, and went in pursuit as far as Dan.”

At the site that day we were shown a recently restored gate that is estimated to be around 4,000 years old. Because this would have been roughly in the time frame that Abraham would have lived, and because it is believed that Abraham pursued Lot as far as Dan, the gate is commonly referred to as “Abraham’s gate”, although no proof exists that Abraham was actually at this particular site. It was a very impressive slice of antiquity, either way.

Originally known as Laish, or Leshem, in approximately 1100 BC this ancient city was conquered by the Israelites (the Tribe of Dan, specifically), and renamed “Dan”. (These events are described in Judges 18.)

The city does not become prominent again until around 928 BC, when the death of King Solomon led to Israel being divided into two kingdoms, the kingdom of Israel in the north, and the kingdom of Judah in the south. At this time Jereboam was the king of Israel in the north. Rather than allow his citizens to continue making their pilgrimages to the Temple of Jerusalem in the south, Jereboam set up altars in both Beit-El and Dan, complete with a golden calf in each location, and directed his citizens to worship there, instead of Jerusalem.

Sadly, the worship at the new alters (which were outside of God’s plan in the first place) became worship of the idols at the alters. Scholars believe that life in the city of Dan came to an abrupt halt in 732 BC, when the Assyrians invaded the northern kingdom.

Site of the ancient alter at Dan: 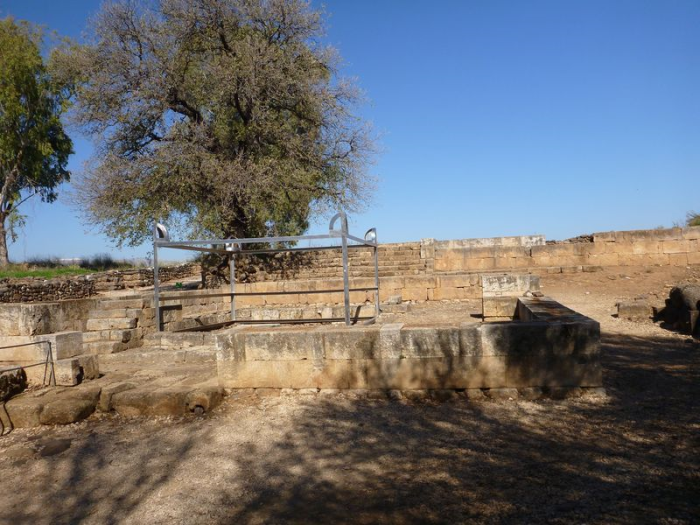 After leaving the ancient sites, Kenny asked us to hike north for a bit with him. We stopped at a low stone wall and gazed down into the valley. From our vantage point, we were able to peer over into Lebanon, Israel’s immediate neighbor to the north. A dusty ribbon of road wound its way northward, and we couldn’t help but think of references to the apostle Paul and “the road to Damascus”. (Which is directly north-east, in Syria.) 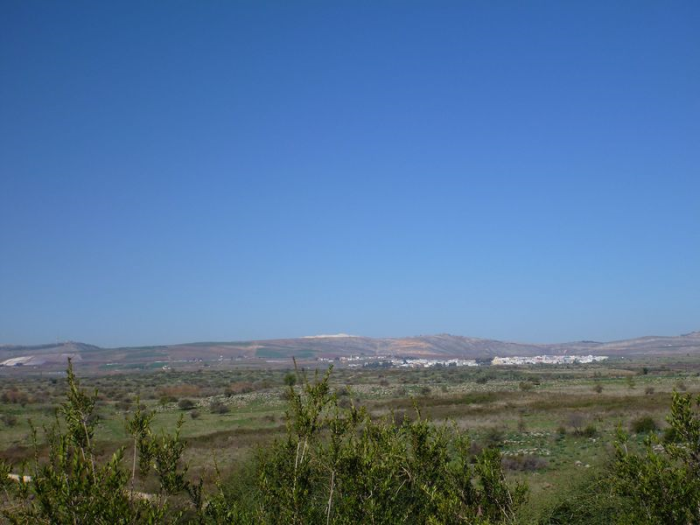 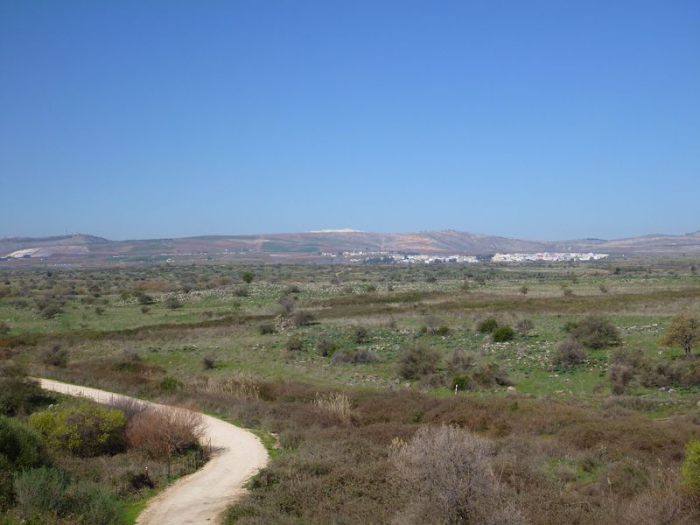 Pondering this, we boarded our bus and headed to the next site, Caesarea Philippi.