A Little Story About Potatoes…

Back in 2013, Glenn and I wandered into the La Taverna di San Giuseppe osteria in Siena, and we’ve been haunted by potatoes ever since.

But they weren’t just any potatoes. They were magic potatoes that transcended time and space. Well, okay, they weren’t magic, but they were really, really, tasty.

In reality they were merely potatoes that were sliced thin, and slow roasted with salt, pepper, and the local olive oil. I think it was the olive oil that did it, I can’t be sure, but I can say that one taste of those potatoes made all other potatoes since then seem sad and somehow, inadequate.

Since that trip, we have debated those potatoes, whether they were diced, or sliced, or had onions, or didn’t, and we’ve even tried to recreate them at home. Ours weren’t bad, but they weren’t Giuseppe’s. So when we got the chance to go back in the fall of 2015, it was kind of the adult foodie version of going to Disneyland. We devoted an entire day for the trip into Siena, and got up fairly early on the morning of September 28, 2015 in order to make sure that we would be there in time to beat the lunch crowd.

There was a slight mist falling, but that didn’t dampen our spirits. The Tuscan countryside seems beautiful in any weather.

Having carefully planned the route into Siena from San Gimignano (given our experience in 2013, there was no such thing as too much planning) – we made our way to Disney-, ah, excuse me, Siena. We pretty easily found the public car park that I had researched before our trip, fed our money into the parking machine, and set out for the city center. We had some great views of Siena from the walkway that led into town.

Winding our way down the path into town, we eventually found ourselves in the contrade, or district, that San Giuseppe’s was located in, and then, gloriously, we were standing in front of the restaurant itself.

We congratulated ourselves on being a couple of minutes early. The restaurant wasn’t even opened yet! We tried turning the door handle just to make sure, but no, it was still locked.

As we were waiting for the doors to be flung open in welcome, another couple approached, and began reading the menu that was posted outside. 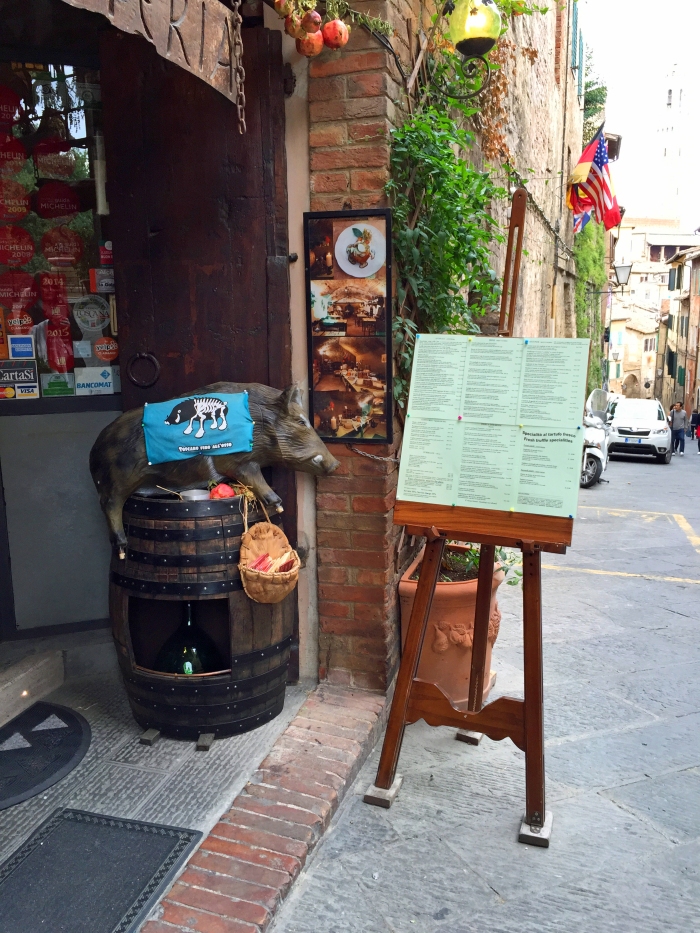 They seemed unsure as to whether or not they should try the place out. We didn’t want to intrude on their conversation, but it only seemed fair to tell them that this was The.Best.Restaurant in Siena, and that they shouldn’t miss dining here.

A few minutes passed, and still, the doors weren’t unlocked. We began to get a little nervous; what if San Giuseppe’s was closed today? What if we had the hours wrong? We nervously chatted with the newcomers, and told them the story of our past dining experience, and how anxious we were to eat there again.

The couple decided to try the door again, and this time, instead of turning the door knob, they pulled it. It was at this point that we felt like idiots.

The door swung open to reveal a San Giuseppe’s that was full of patrons, laughing, drinking wine, and no doubt enjoying those glorious potatoes.

We made our way to the desk, trying to be polite, because the other couple had actually walked in the door ahead of us, but the place was truly full. Glenn and I started to sweat slightly.

The head waiter shook his head, looking at our group, and said that he was sorry, but there was only room for two diners at the moment, and that they were actually about to close their doors for lunch, and wouldn’t be opening again until the dinner hours. Most of the tables had been reserved ahead of time and weren’t available. 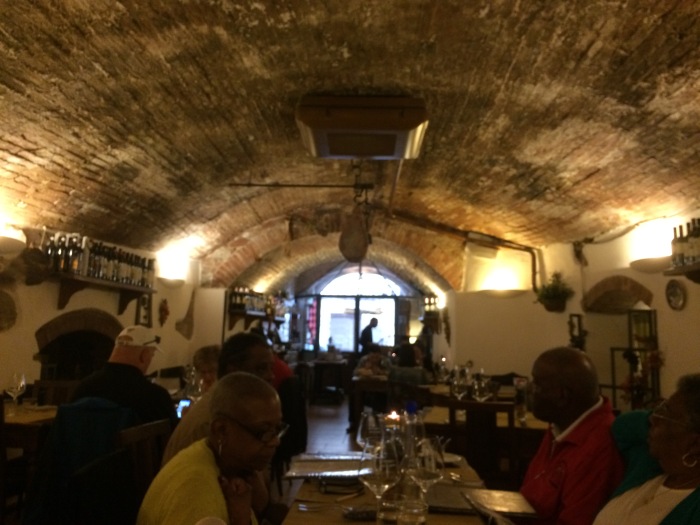 Our hearts sank right down to our toes. The potatoes. The glorious potatoes. It’s not like we live in Tuscany, and could come back tomorrow. Texas is a long way from Siena, and we had planned this day out years in advance, literally.

Our new acquaintances looked at us, and we looked at them. The wife said, “Would you mind if we take the last table?”

Now I’m not what you would call a forward person, but the San Giuseppe’s potatoes were on the line. I put on my saddest face and said, “Well, we’ve been waiting for this for two years, and we actually drove all the way from San Gimignano just to eat here…”

It worked. She took pity on us, and grabbed her husband’s elbow, and steered him towards the door. With only a slight twinge of guilt, we allowed the waiter to find us two seats. Interestingly, it was the exact same waiter that we’d had two years before in 2013.

At this point we could finally relax. We were in. We ordered a couple of glasses of the house Chianti and studied the menu. None of it really mattered, except to find the section for the side dishes.

Glenn ordered the Bistecca Fiorentina, which is secret code for “insane amount of beef”, and I ordered the lamb chops. And of course, the, you know.

The anticipation was high. 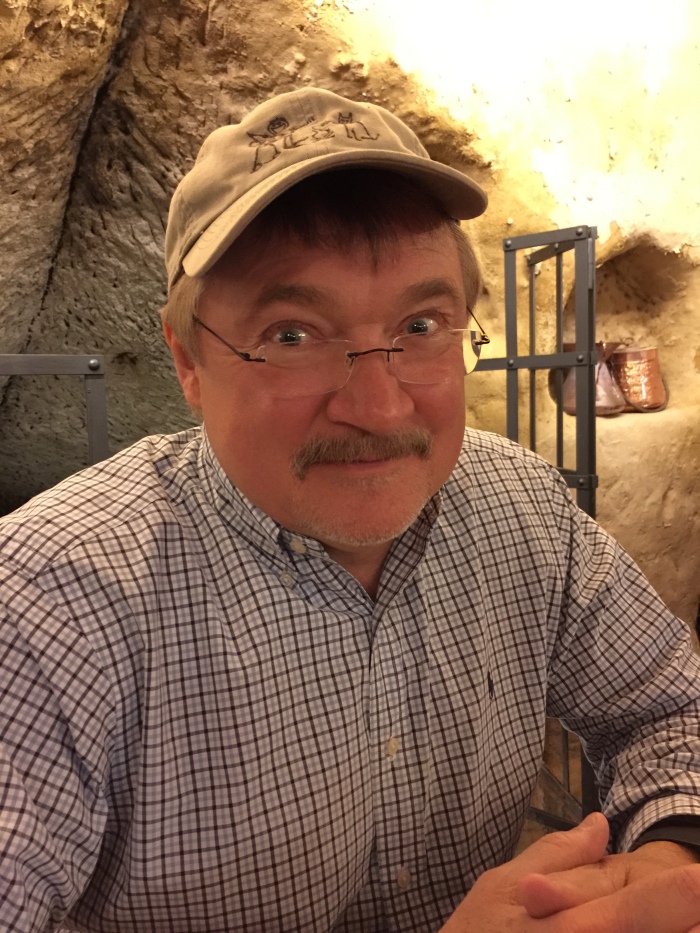 The sky opened and the angels sang: 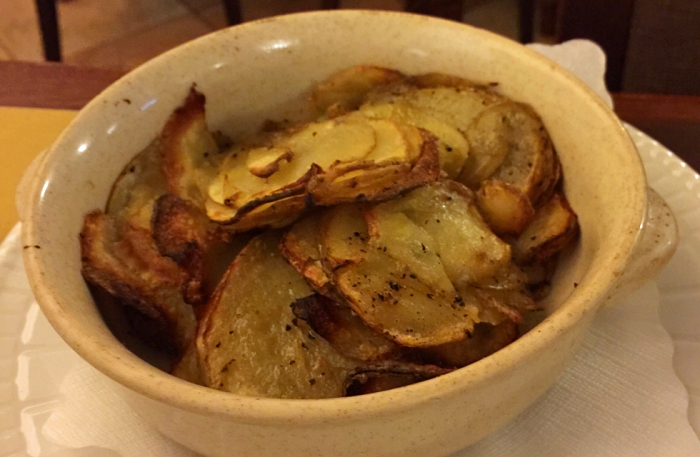 Yes, they were sliced. With lots of olive oil, some salt and cracked pepper, and crispy sauteed onions. Was it worth the wait? You betcha. It was another great meal to remember in Italy.

We had forgotten, but Giuseppe’s always offers an after dinner shot of something, on the house. It tasted a bit like rubbing alcohol, but I think it’s bad manners to refuse an offer like this, and so I downed it. 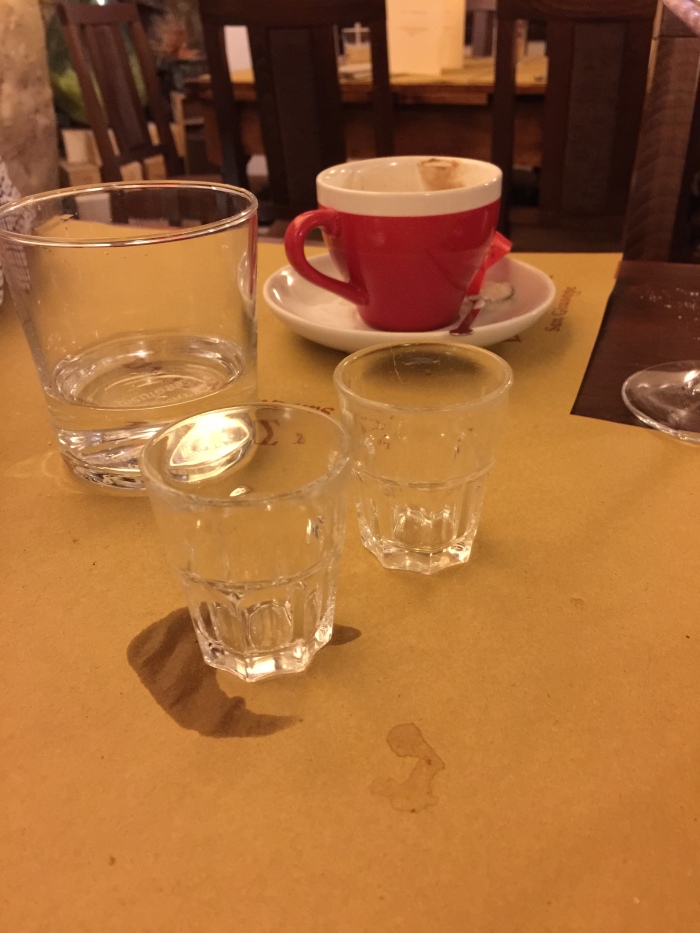 We had a cup of coffee in order to counter the spirits. I have no idea if we’ll ever get there again, but this place will always hold a special place in my heart. 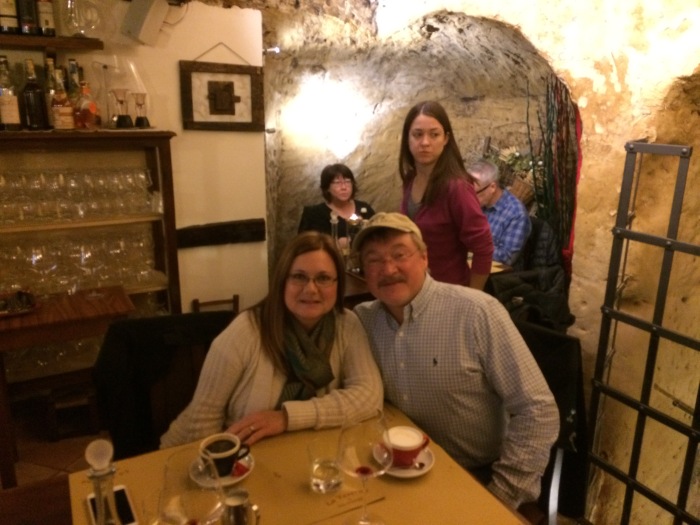 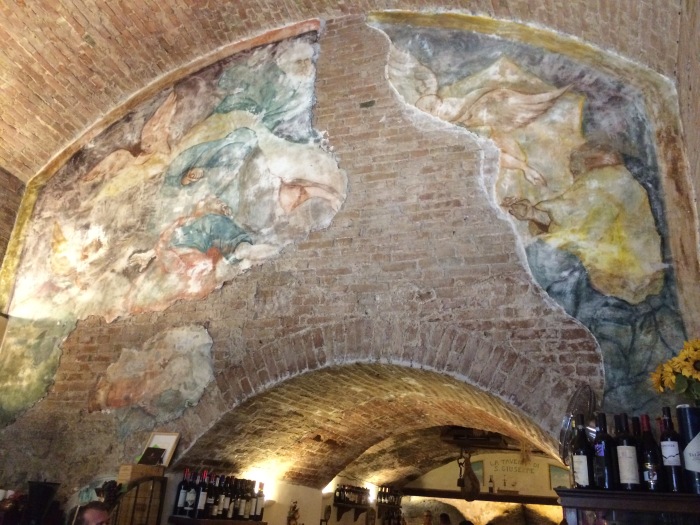 (Interesting side note about the physical location of Giuseppe’s. Their wine cellar is almost 1,000 years old.)