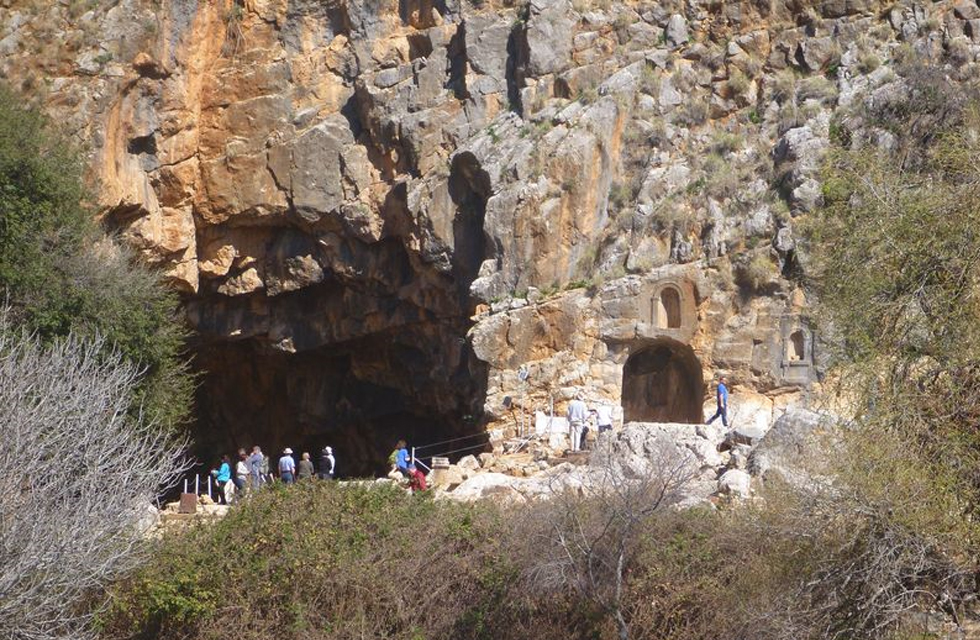 We left the Tel Dan Nature Reserve sometime in the mid-morning and headed about 4 miles to the east, to the area that was known in the first century as Caesarea Philippi. You can see it roughly in the upper right on the map below. 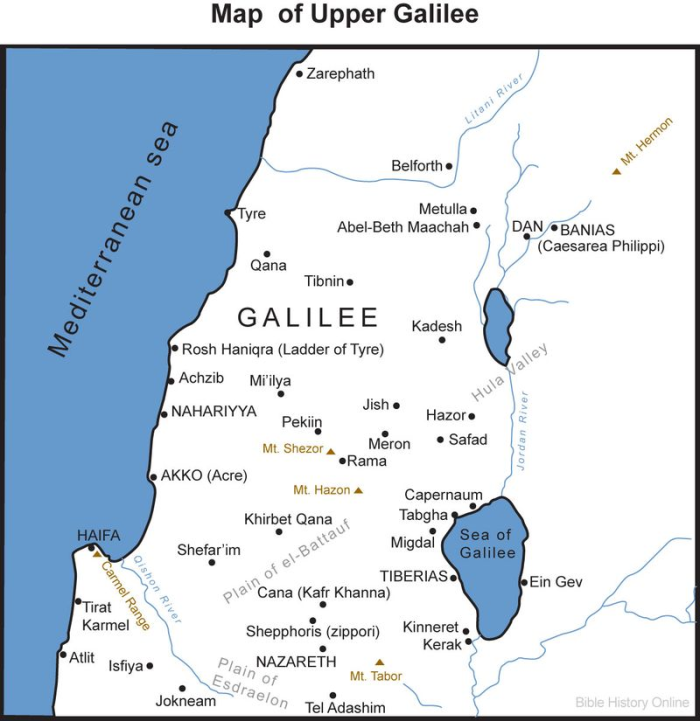 I have to admit that I didn’t know anything about Caesarea Philippi prior to this trip. Sure, I’d read the scripture and knew that Jesus had come to this region with his disciples,and that it was here that he asked them a very important question:

Now when Jesus came into the district of Caesarea Philippi, he asked his disciples, “Who do people say that the Son of Man is?” (Matthew 16:13)

What I was about to learn was that I’d been pretty ignorant as to the significance of that particular question, in that particular location. I’m no theologian, but here are a few thoughts to ponder:

It was here, in this place so steeped in ancient paganism, that Jesus brought his disciples to ask them, “Who do people say that the Son of Man is?”

Why here? This wasn’t exactly in their neighborhood. It would have been a roughly 25 mile journey for them, from the northern shore of Galilee. And to be there at all would have been considered a defilement to a devout Jew. So, why here?

I love how it was expressed by David Padfield:

“Jesus was standing on a road in an area littered with the temples of the Syrian gods, a place where the Greek gods looked down, a place where the most important river in Judaism sprang to life, a place where the white marble splendor of the home of Caesar-worship dominated the landscape. And here, of all places, He stands and asks men who they believe Him to be. Peter boldly answers that He is “the Christ, the Son of the living God” (Matt. 16:16)… it is as if Jesus deliberately set Himself against the background of the world’s religions in all their splendor and glory and demanded to be compared with them.”

I love Jesus. He takes His disciples on a road trip to the first century equivalent of Las Vegas, and compels them to make a choice about Him.

Now when Jesus came into the district of Caesarea Philippi, he asked his disciples, “Who do people say that the Son of Man is?” And they said, “Some say John the Baptist, others say Elijah, and others Jeremiah or one of the prophets.”

I can almost envision Him, slowly looking each disciple in the eye, making this a very personal question indeed. No shallow answer would do this time. Jesus wanted to know what was in their hearts. Not surprisingly, it is Peter who steps up to the plate:

I love the fullness of Peter’s answer. All or nothing.

And Jesus answered him, “Blessed are you, Simon Bar-Jonah! For flesh and blood has not revealed this to you, but my Father who is in heaven. And I tell you, you are Peter, and on this rock I will build my church, and the gates of hell shall not prevail against it.     (Matthew 16:17-18)

I never realized before this trip that “the Gates of Hell” was actually a reference to a literal place – albeit a literal place that would have been full of meaning to the disciples, or to any first century Palestinian. I realize that there are many interpretations of these passages, but it seems to me that Jesus was telling them that He would prevail against Satan, period. He would take the fight to the darkest places on the planet, and that the gates of hell would not – and can not – hold Him back.

Lots of food for thought.

The cave of Pan today: 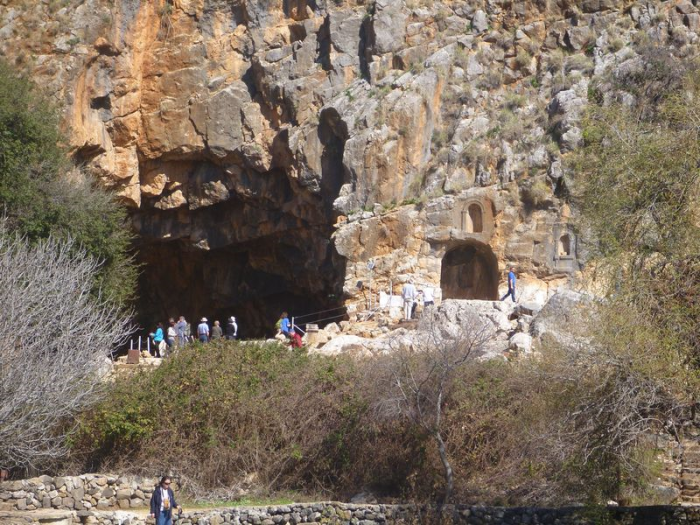 Niches carved around the cave: 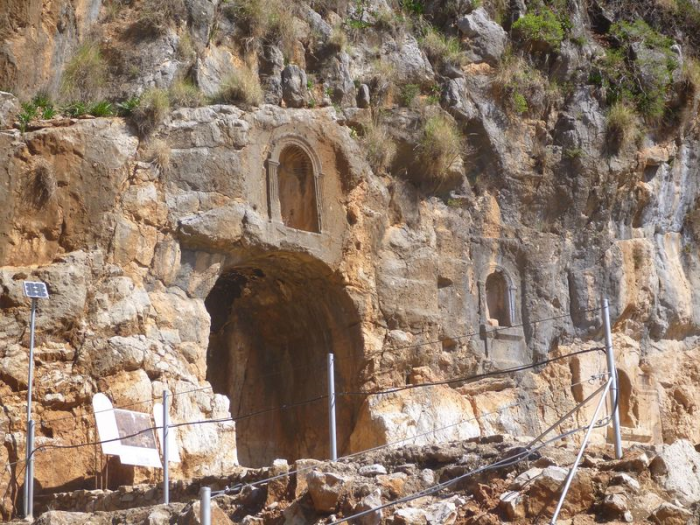 Reconstruction of the site, courtesy of the bible software GloBible: 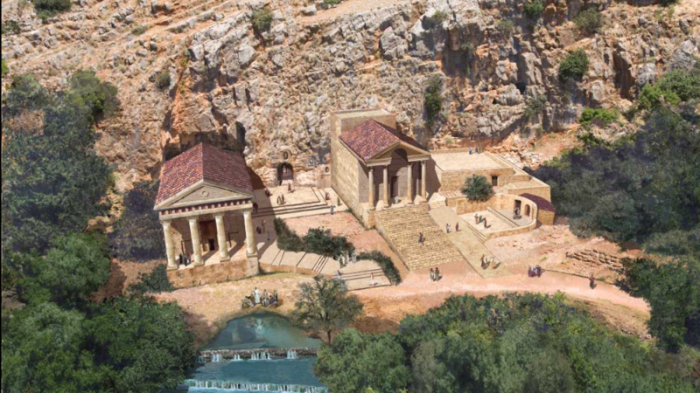 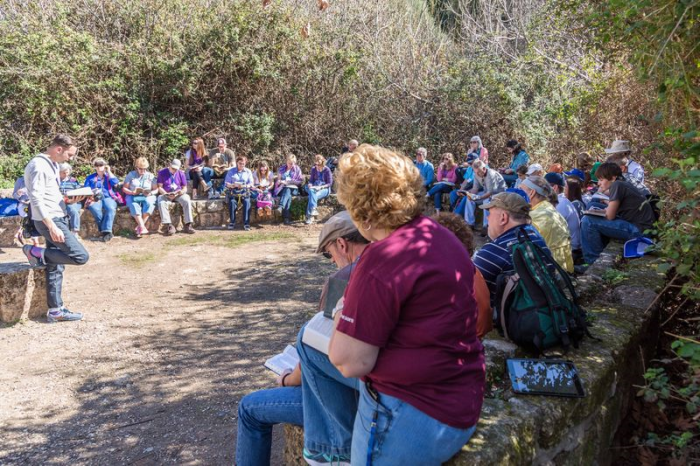 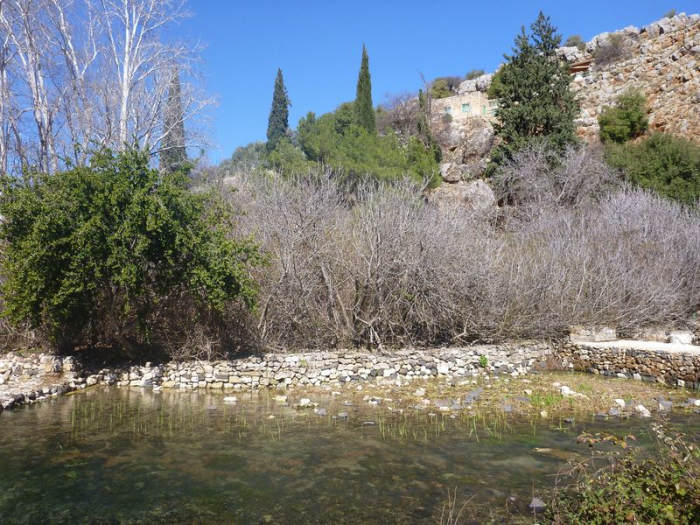