I had been looking forward to this particular day on the itinerary for quite a while. There were going to be three really interesting sites packed into one day: Qumran, En Gedi, and Masada.

At the Israeli-Jordanian border crossing we said farewell to our Jordanian tour guide. I’m sorry to say that I don’t remember his name; he was a great guide and very interesting to talk to.

After being warned into respectful silence by our pastor, we successfully made it through customs and were reunited with our old friend, Uncle Kenny. He welcomed us back to Israel, and we hit the road. Somehow after all of our wanderings Israel felt like home, and I was glad to be there again.

The map below shows the area that were to be in for the rest of the trip. On this particular day we were hugging the western shore of the Dead Sea, and from North to South would be visiting Qumran, En Gedi, and Masada, each of them fascinating.

Qumran is best known for being the site where, in 1947, a Bedouin boy searching for a lost animal wandered into a cave and quite literally tripped into history. He had unwittingly located the site of the oldest known copies of certain biblical texts.

The tale of the discovery and evaluation of the Dead Sea Scrolls is heady stuff for a history nerd such as myself, and Uncle Kenny told it well. I strongly recommend browsing through the official website if you’re interested at all in the story and in seeing some fabulous photos. I had seen some of the scrolls back home, in a traveling museum exhibit, and so to see the site of Qumran itself was really a dream for me.

From Qumran, we traveled south, skirting the shore of the Dead Sea. 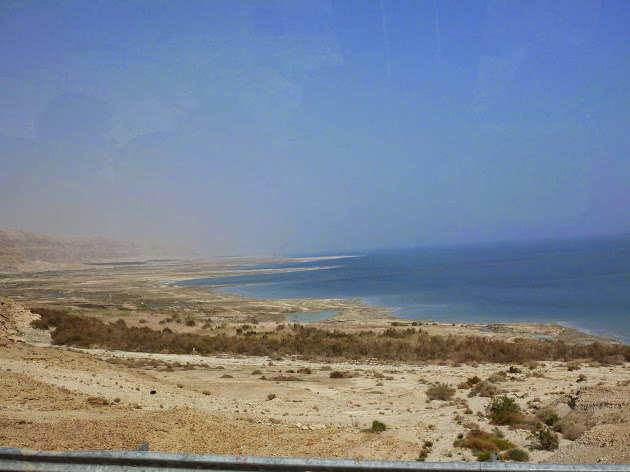 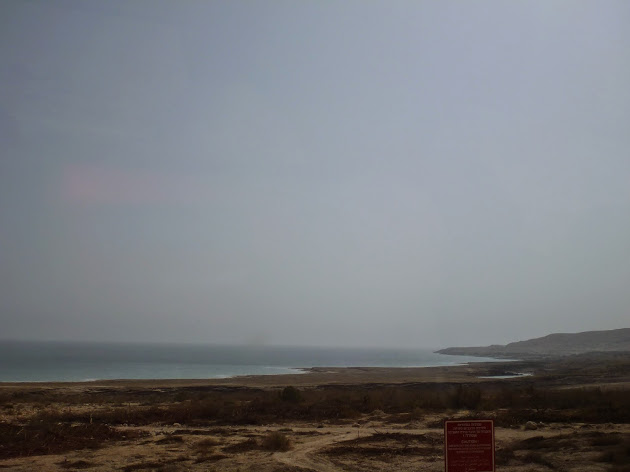 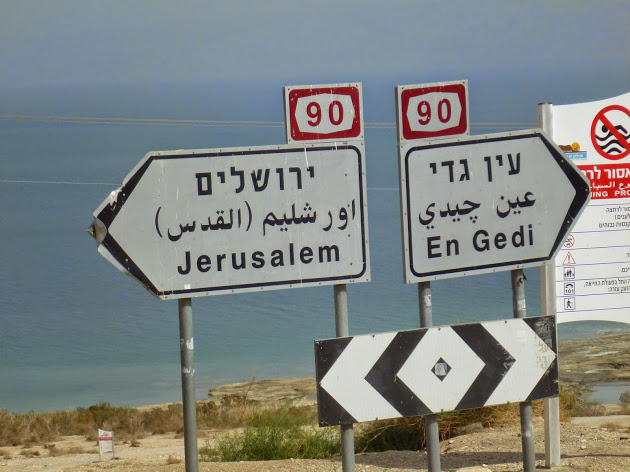 Our next stop was En Gedi, the stronghold of kings.

I didn’t realize it, but En Gedi is actually a true oasis. According to the website BiblePlaces.com, it is actually the largest oasis on the western shore of the Dead Sea, and holds one out of only two freshwater springs on that shore.

Biblically speaking, En Gedi is featured in the story of the conflict between David and Saul (1 Samuel 23 – 24). The caves here offered refuge to both David and Saul, although looking at them today I had to wonder how exactly one would access the entrances. It looked like an extremely steep climb to me! Our guide told us that much of the mountain face has eroded, and it’s likely that in David’s time the path to the caves would not have been so steep.

Our next stop was the legendary and tragically inspirational fortress of Masada.